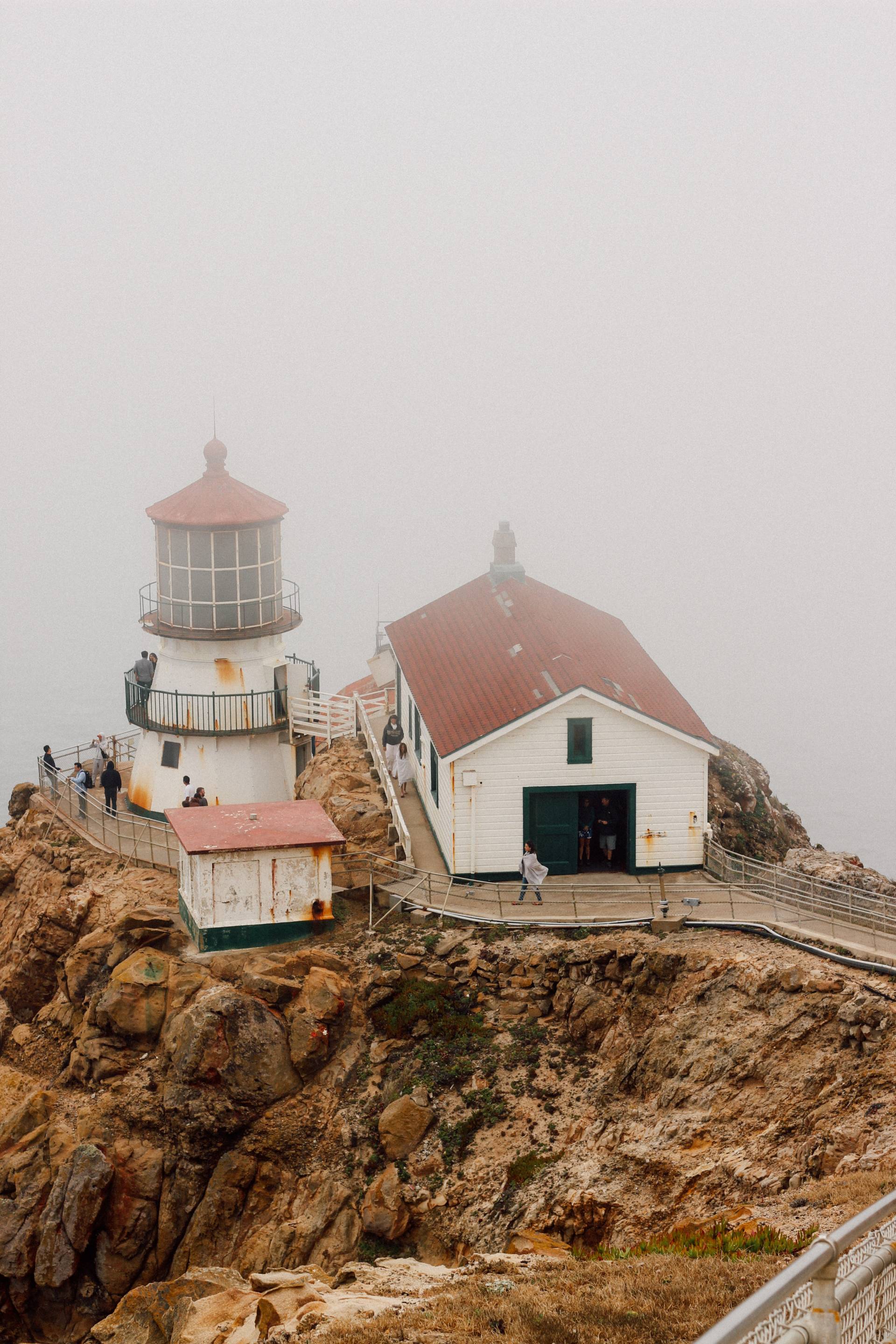 I had been wanting to go to Point Reyes for years. I remember seeing the lighthouse on Instagram for the first time and thinking ‘woah that looks cool’. It’s a photographer’s dream location, complete with vastly open landscapes and beautiful ocean waves. My friends and I finally took the trip this past Sunday and I’m so glad we did. We initially stopped at Castello di Amorosa in Napa Valley, a winery that is pretty much a castle. The structure was so beautiful, but we had to pay for general admission (totally not down for that) and so we just walked around for a bit. We embarked towards Point Reyes to stop for food (aka potato chips and lemonade). The weather was nice, blue skies and light wind made it perfect for adventuring out and about. SO WE THOUGHT.

As we drove on the windy road towards Drakes Bay/the Point Reyes Lighthouse, it became overcast. We actually all became excited, until the overcast clouds became rolling winds (16MPH winds to be exact). Getting out of the car was actually quite the struggle; none of us were dressed for this kind of weather, so we wrapped ourselves in blankets and put our hair up into the messiest of ponytails. After about a half mile of trail, we descended over 300 stairs to reach the lighthouse. Honestly, it wasn’t too horrific, just a tad bit colder than I would have liked but, hey, it’s the Bay Area.

The lookout itself was beautiful, even if we couldn’t see past the fog. The aqua waves crashing against the cliffs beneath us reminded me of Big Sur. After the (somewhat brutal) hike back up the stairs, we decided to go through San Francisco on our way home. We had the most delicious ice cream sundae at Ghiradelli Square and spent sunset at The View. 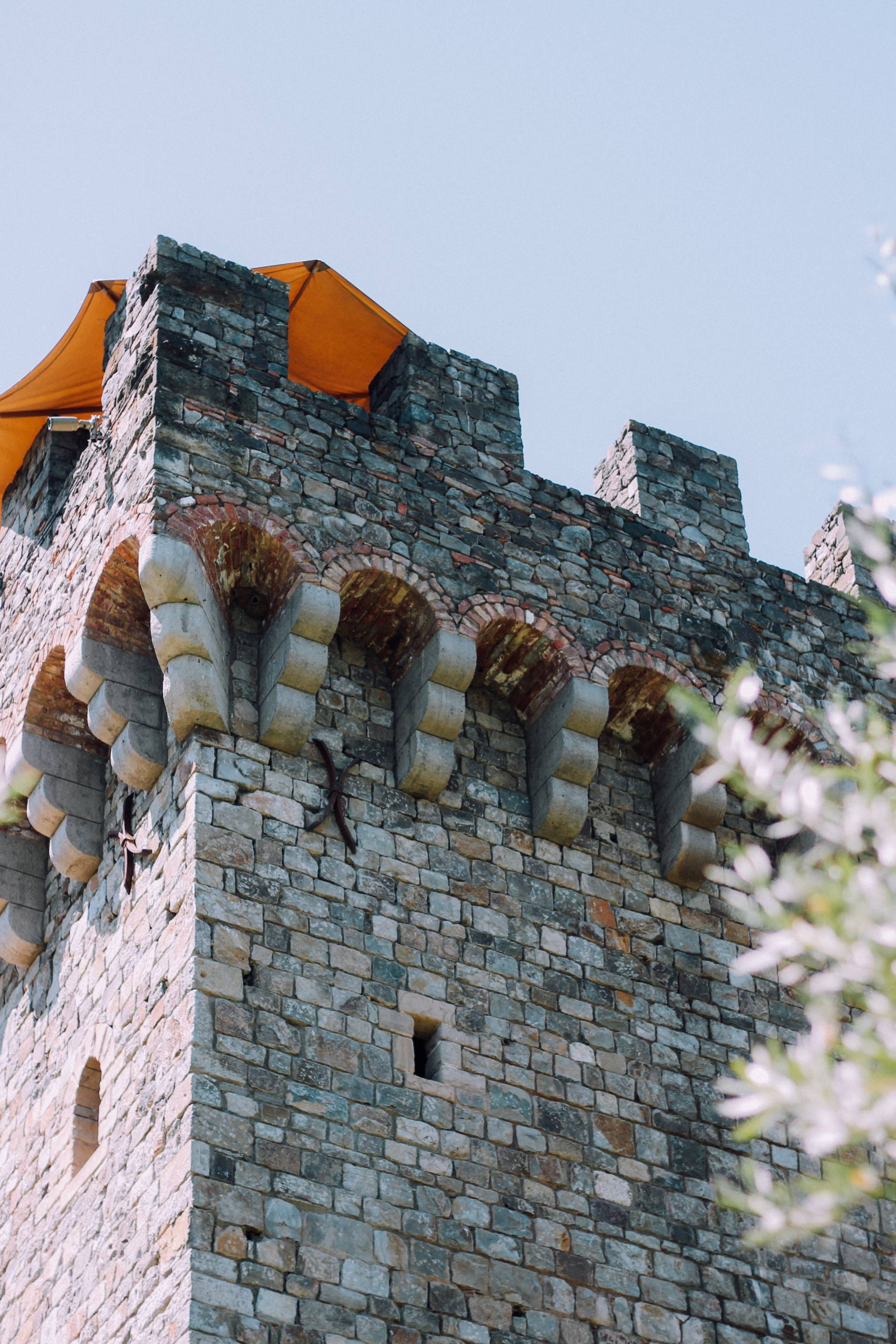 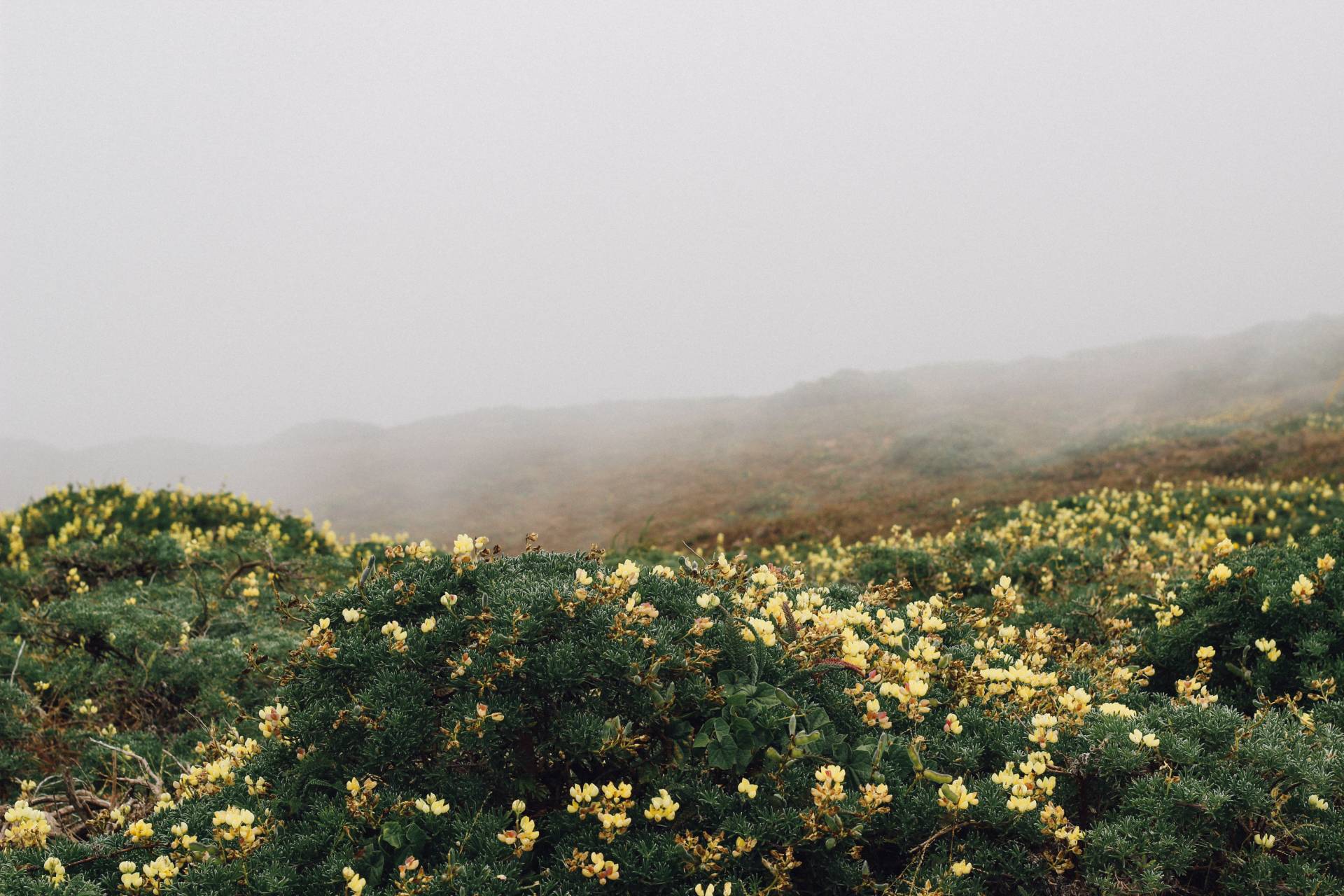 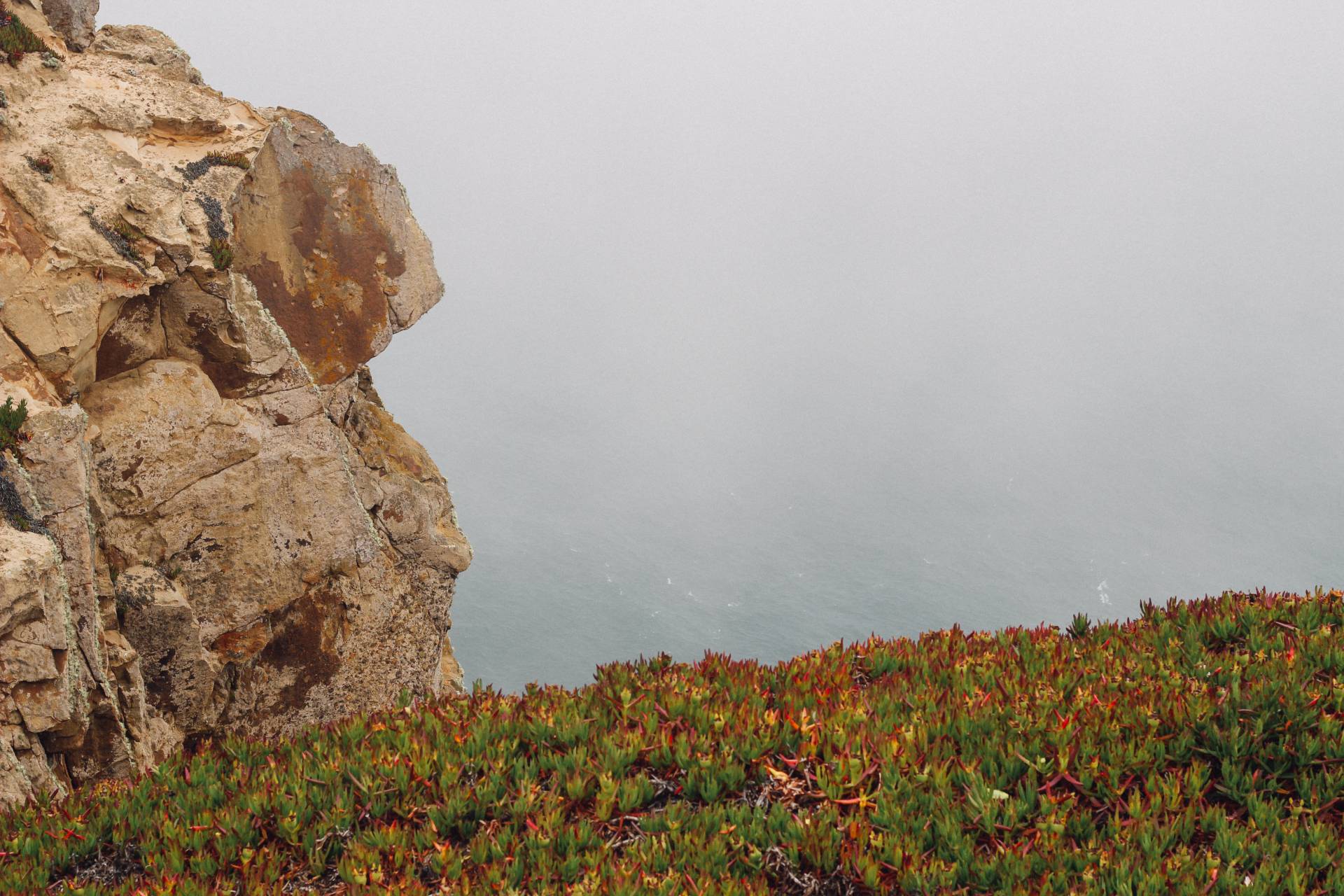 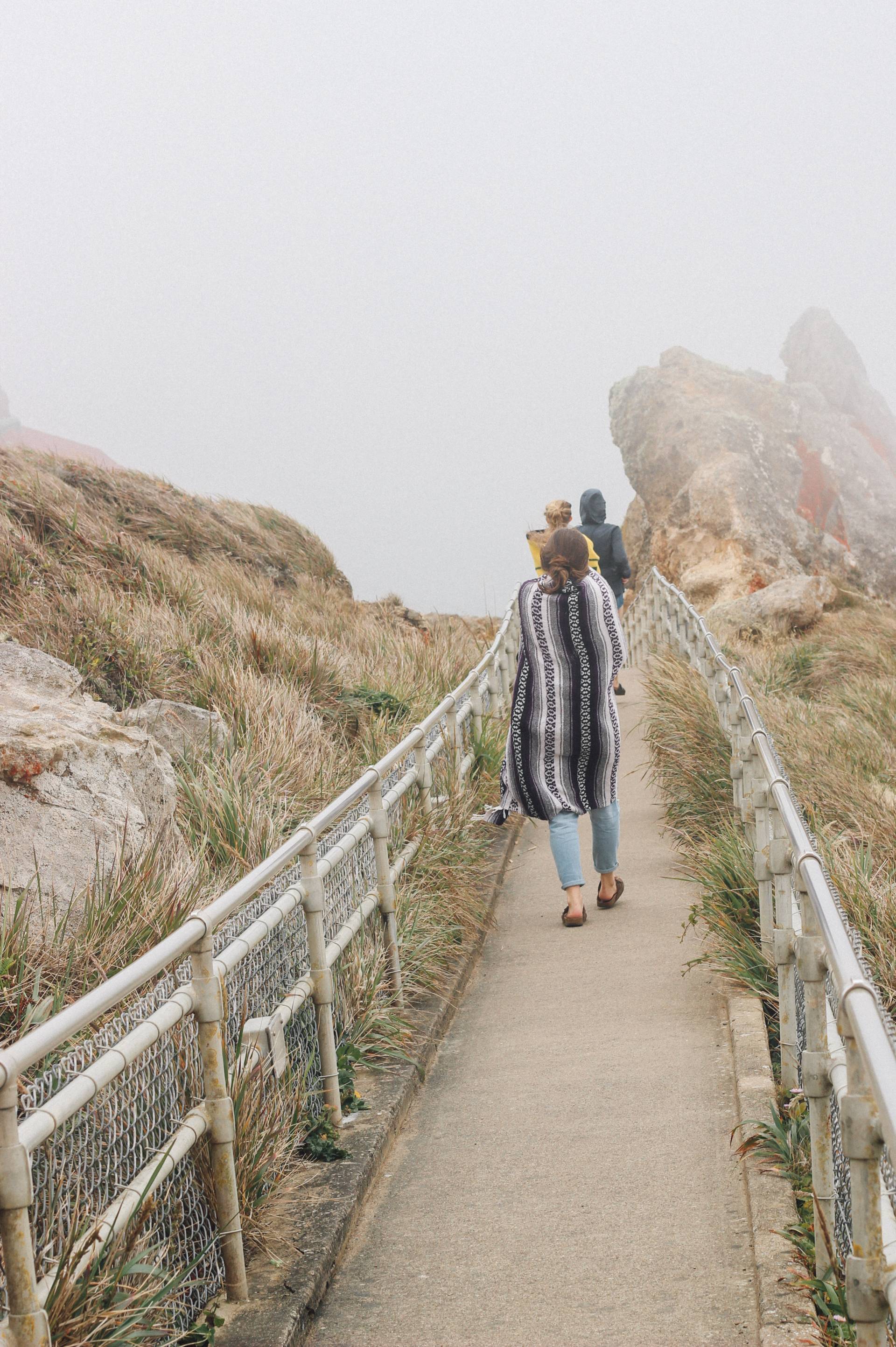 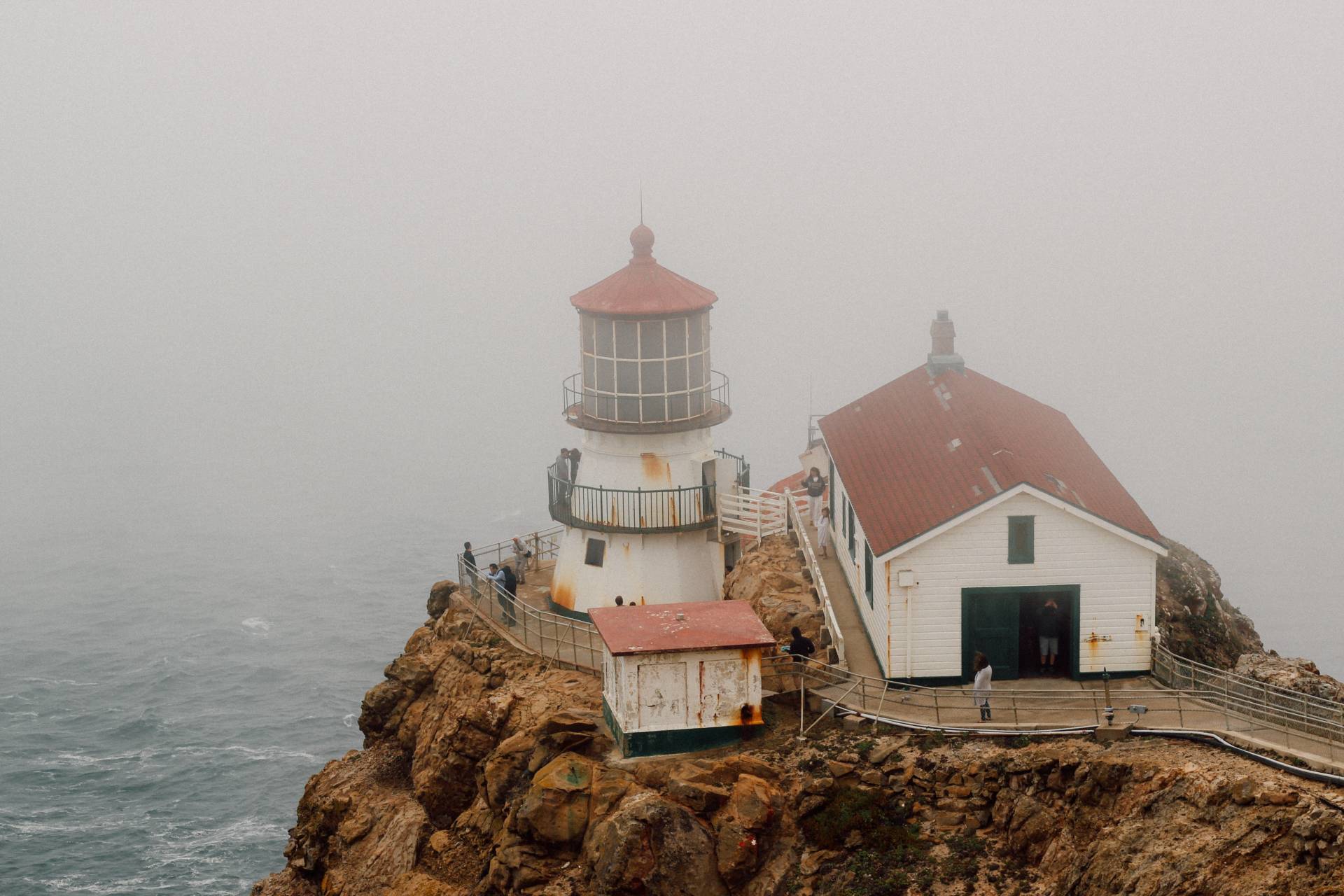 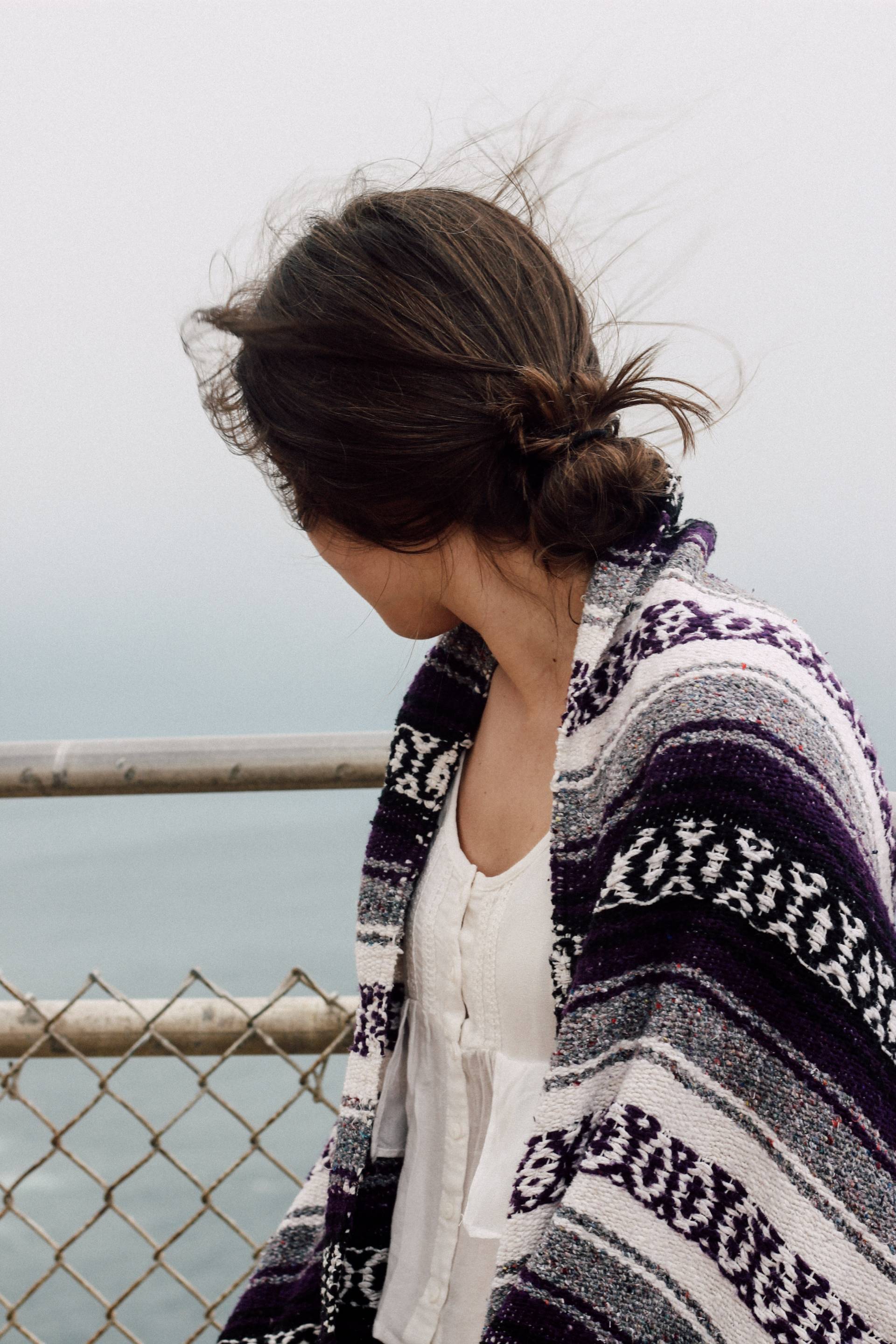 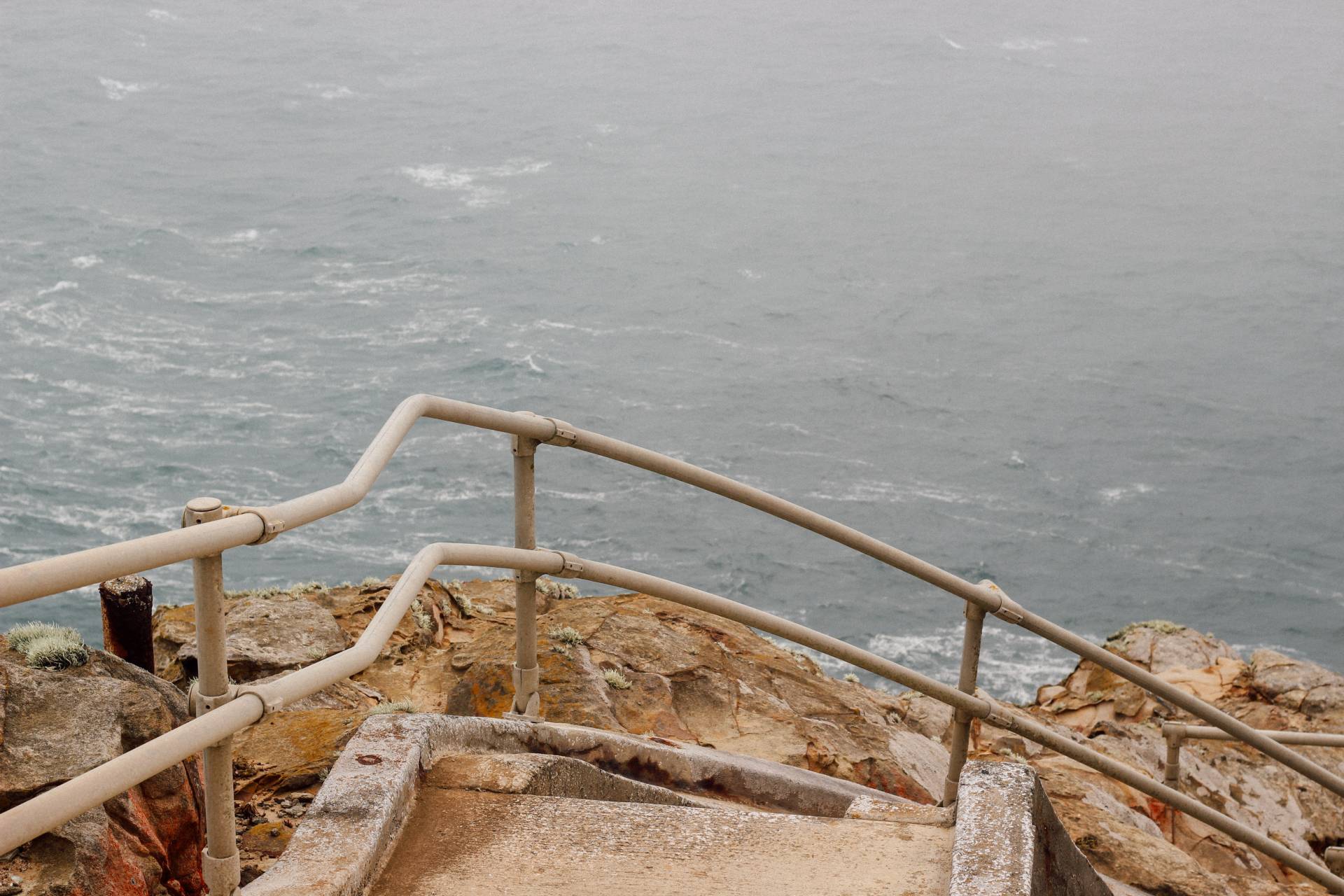 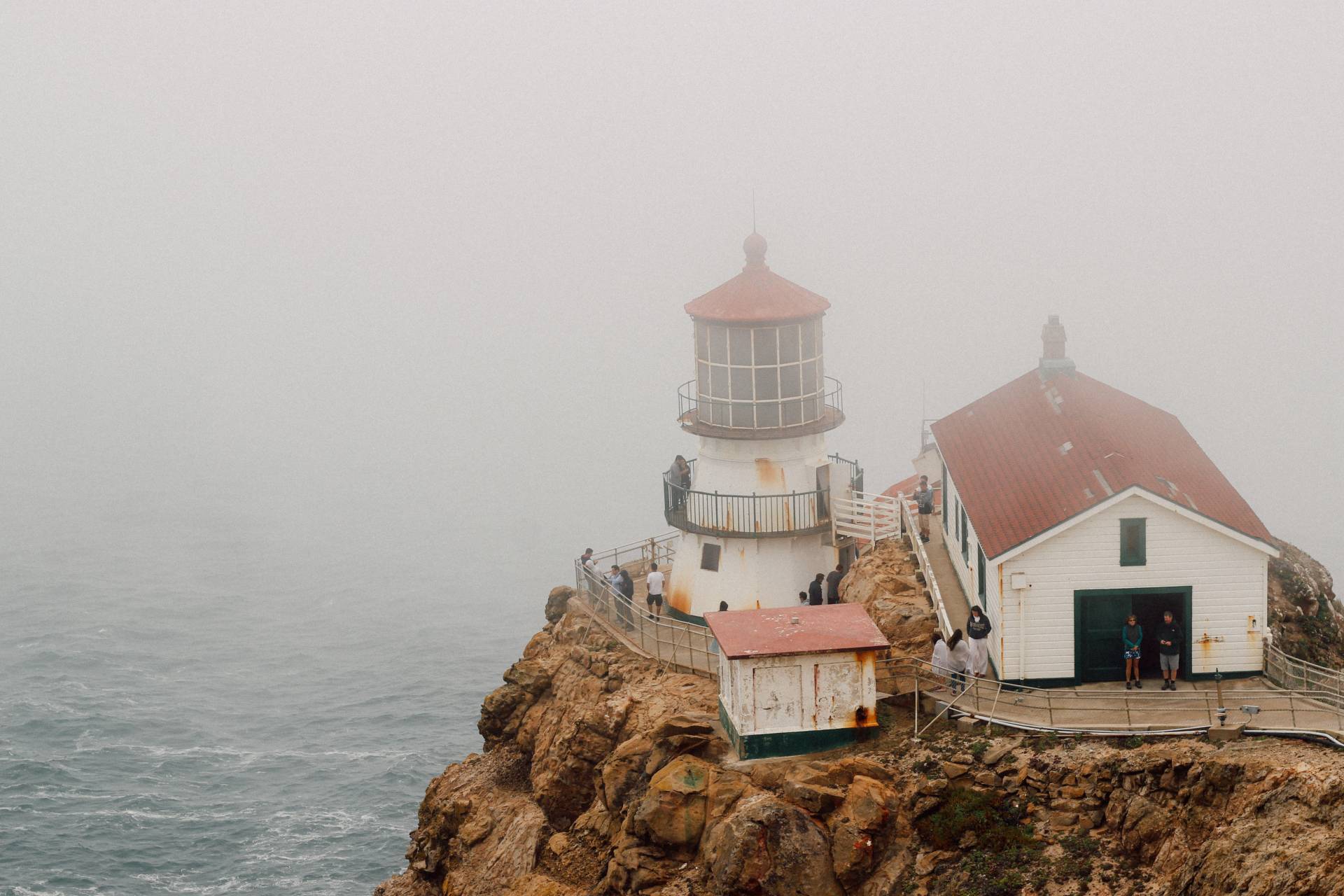 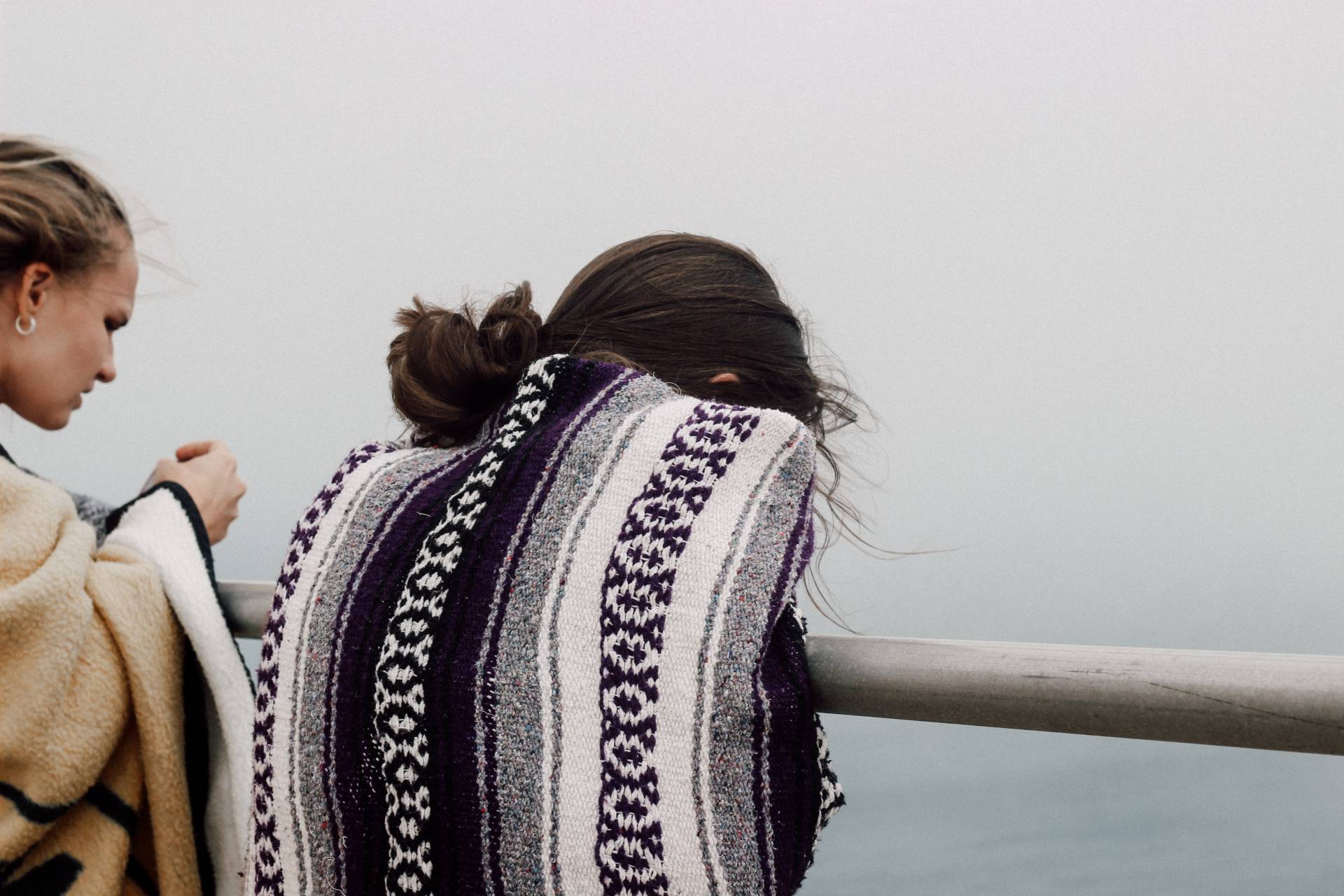 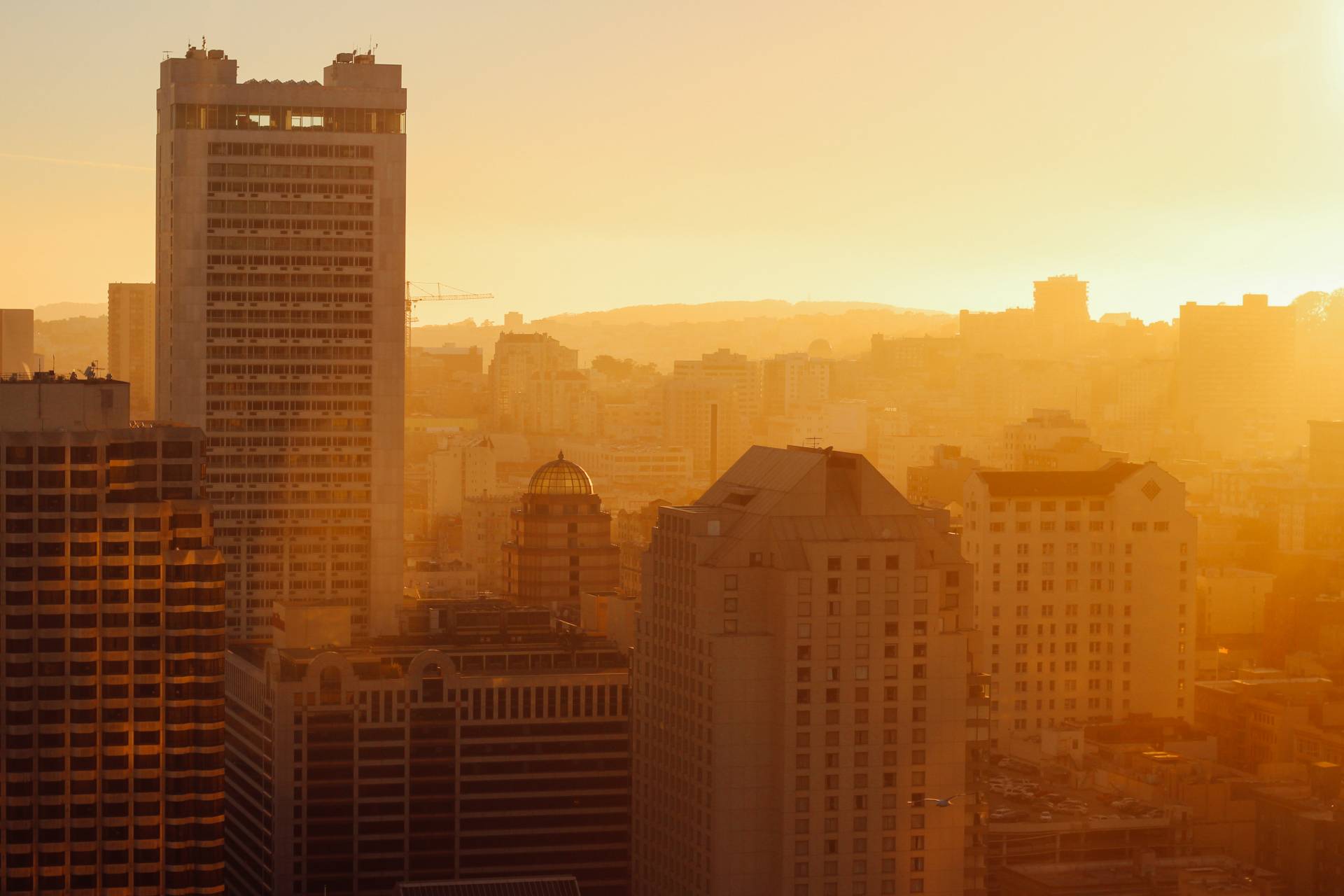 Images of an Amazin’ Land…

I love these photos. Lighthouses are so intriguing to me because they have so much history and so much meaning. Thank you for sharing these with us.

Stunning travel pics! You should enter the lighthouse images in a contest!

Wow! Thank you so much for the huge compliment! That definitely brightened my day! 🙂

Wow these are amazing! Love the colors!

What a fun photo story. Love the images and how they make you feel the cold weather. 🙂

Aw thank you! The overcast fog definitely shines through in these photos.

Sounds like it was quite the adventure, and maybe not what you had in mind, but you sure got some cool moody shots as a result.

It was an adventure for sure! Thank you for your sweet words. 🙂