How To Embrace Where You Are 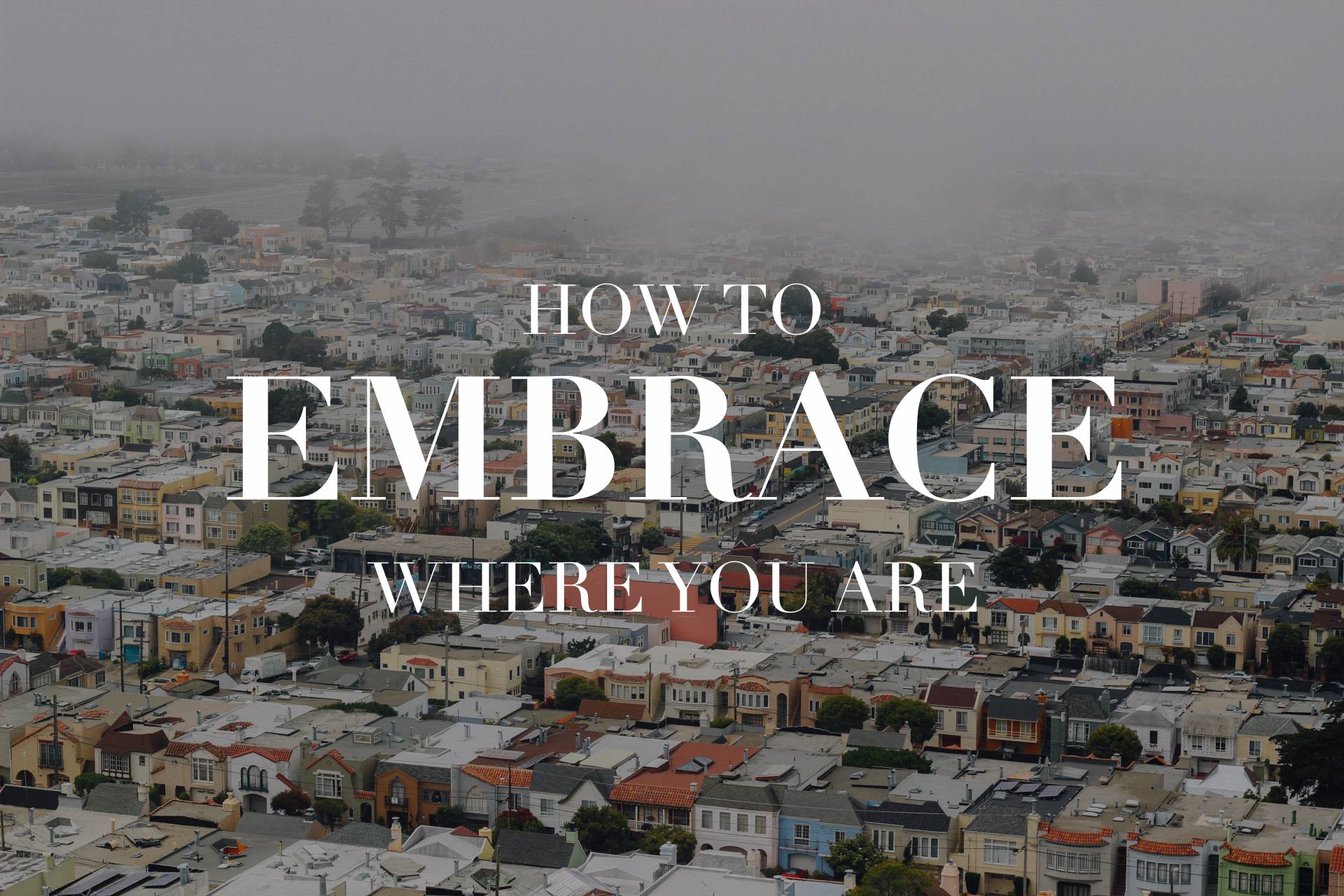 Long time, no blog. I never want to release any content that isn’t 100% authentic and inspired; so for the last month, I have been focusing on work and recollecting my thoughts.

Lately, I’ve been dealing with comparing myself to others, on all fronts. I’m not talking about insecurities, per se, but rather just discouraging myself. However, there’s not much “sadness”; it’s mostly just frustration. Let me explain.

Take photography, for example. Personally, I found myself comparing my work, and even my gear, to other well-known photographers. I kept telling myself that I needed to have a certain camera or a new lens for my work to be “good”, or to see improvement. Here is where I was, am, and will be wrong. Photography isn’t materialistic. What really matters is the vision and experience behind each shot, the ability to create. I was watching this vlog from photographer Andrew Kearns, and he shut down the myth that you need expensive gear to take great photos. After watching some of his vlogs, I took a step back and realized that many great photographers that I look up to were probably (mostly) where I am right now at one point or another. Everyone starts somewhere and I’m getting to where I need to be.

Embracing where you are can be a serious challenge for some people. I know that, at least for some of my own friends, they cannot wait to be in the future, with a family, a career, a spouse. I’m the same way, and I’m sure everyone else has been there at one point as well. People would rather dream of what’s next instead of living in what is now. If you’re single, don’t wish for a significant other. Be content in being single. If you’re learning something new, don’t wish to be better. Be content in the growth that is to come. It’s harder said than done, and I know that, but the least anyone can do is accept that it is all part of the bigger picture.

“Don’t compare your hustle to their highlight reel.”

Such a beautiful post – you’re so right, Sarah! It’s quite hard to stop comparing, but life is so much better when focusing on yourself.

Thank you, Sarah! (Cute name by the way 😉 ha!) It’s easier said than done, but worth it in the end!

Great post. The whole compare and despair game brings nothing but heartache, pain and frustration. Being content and happy in ourselves and where we’re at, wherever that may be, is definitely what’s important. Thank you for sharing your insights with so much truth and honesty <3 x

Love this post. You are so right. Look into yourself, not at others.

Loved this! I’m always my least confident when I compare myself to others. Throwing off the swathes of self-doubt I feel when looking at other peoples lives helps me to realise just how happy I am being me and see how much I have accomplished. A great post!

I’m the same way! Comparison kills. Keep focusing on you!!