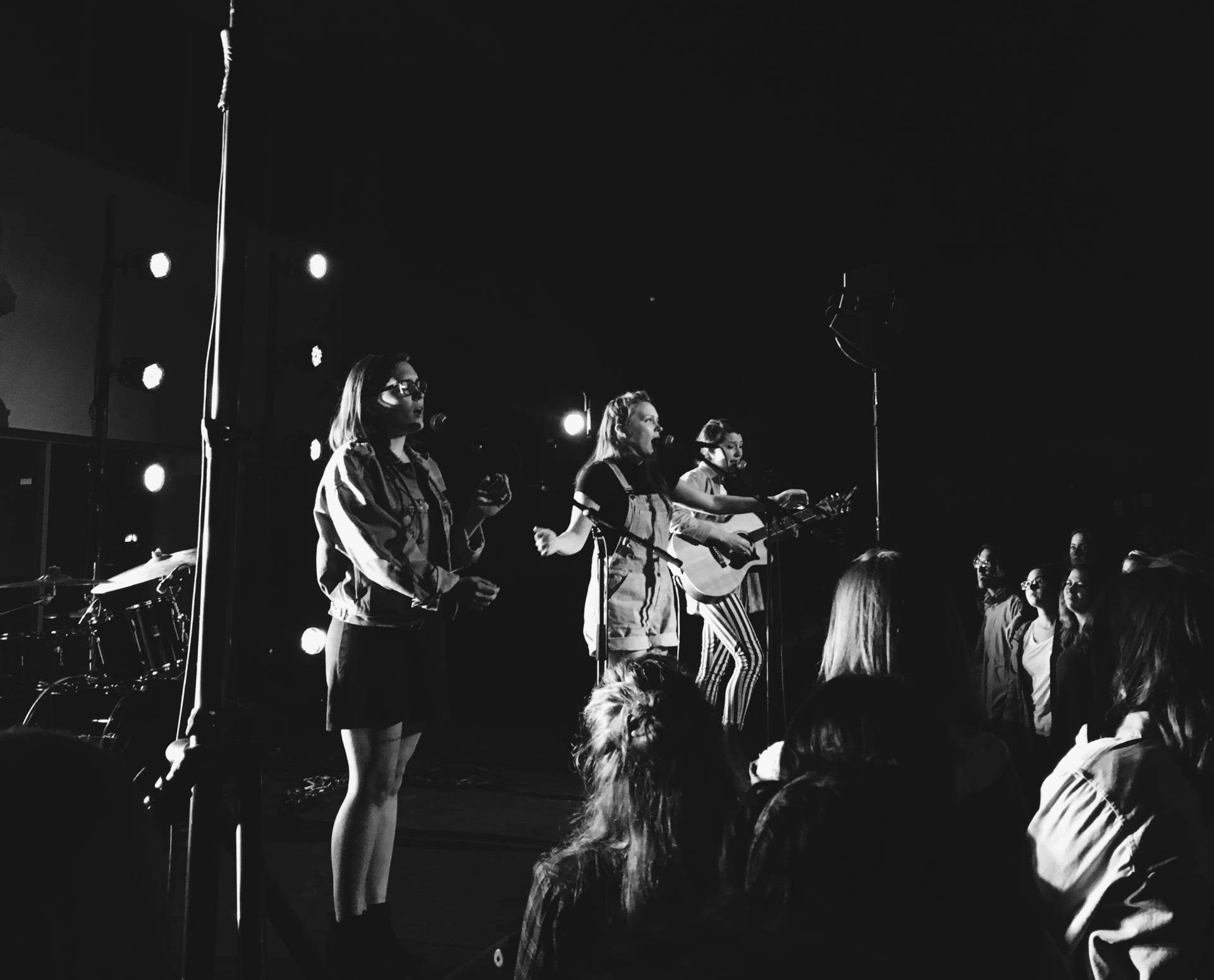 The indie sister group, Joseph, delivers killer harmonies and eloquent lyricism within their folk-rock centered sound. I saw them perform at a free concert on my school campus a few months ago and they completely blew me away. I knew the song “Cloudline” from my Spotify Discover playlist and when I saw the event poster, I squealed with joy. I listened to their (at that time, only) album Native Dreamer Kin briefly but intended to go see them just to hear “Cloudline” and then leave. I don’t think I’ll be able to accurately comprehend the raw talent that emanated from the three girls, I’ll just say this: I stayed for the entire set and even afterwards to meet the oldest sister Natalie. She was so sweet and I became a strong supporter of their music. They have this amazing sound that I feel has been missing from the music industry since the disbanding of The Civil Wars.

Fast forward to the end of June, they made their TV debut on Fallon, performing their new song “White Flag”. I love seeing true talent shine through, and these girls finally have the spotlight they deserve. Their latest album was released merely a few days ago, and I have it on repeat. I was especially stoked to hear their song, “Planets”, after hearing a snippet in this video on Instagram. In honor of one of my most anticipated albums of the year being released, I wanted to share my favorite songs by Joseph!

Most of the links are acoustic renditions, some of which were before the tracks were mastered and released, but it doesn’t matter. Their music is just as beautiful in any shape or form.